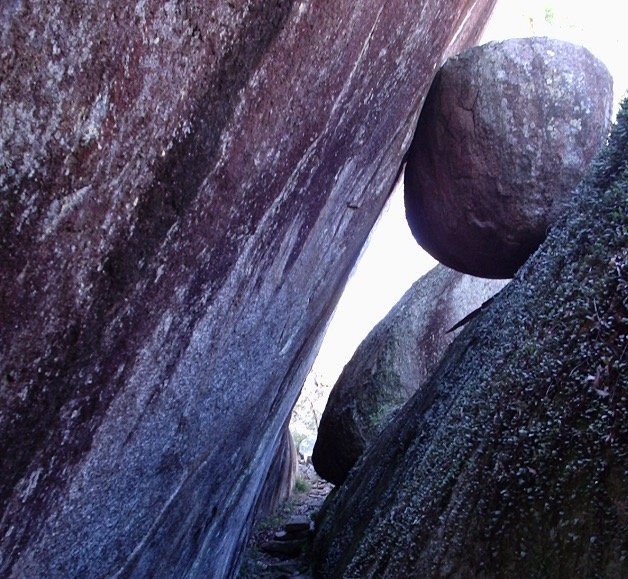 Not quite a castle in the traditional sense of the word, Donnellys Castle was a hideout for the infamous bushranger, Thunderbolt.

The rock formation which makes up the hideout of Donnellys Castle is a great jumble of boulders featuring a lookout and plenty of exciting crevices to explore for the kids. Walk between, around and over these huge boulders to uncover great views of the spectacular Granite Belt.

By Cgoodwin - Own work, GFDL, Link

The story of Captain Thunderbolt is a fascinating one. Frederick Wordsworth Ward was a renowned bushranger, known for his escape from Cockatoo Island reputation as the ‘gentleman bushranger’ and his lengthy survival as an outlaw. His crime spree of more than 6 years was finally put to an end in a dramatic shootout with police immortalised in the Ulla Gallery in NSW.

Located in the Stanthorpe area at the southernmost part of South East Queensland, just put ‘Donnelly’s Castle Road’ into your phone or GPS to find it.